We are thrilled to announce our fund raising bridge event sponsored  by the inimitable Zeb Stocken, of Stocken Bridge, hosted by none other than our own Bridge Fairy and active volunteer, Janie Gill.  Please  note that your Bridge Players packs will be dispatched on the 8th October 1st class tracked.
the event
You can get together as many tables of four as you want at the venue of your choice, at any time during the day or evening of the 14th.  The idea is that you play a set of 16 hands, devised by Zeb especially for this event.  You will be sent a pack to include instructions, compass stickers and Zeb's solutions, in a sealed envelope, not to be opened until end of play.  For those of you who wish to submit their results - the highest score wins a Magnum of Champagne.  Get practising!
to book

To reserve your players pack (one per table), you will need to make a payment of £80 per table (4 players per table).  All the money raised from this event will be used to purchase equipment, services or amenities for the benefit of patients, their carers and staff at The Royal Marsden, Chelsea. 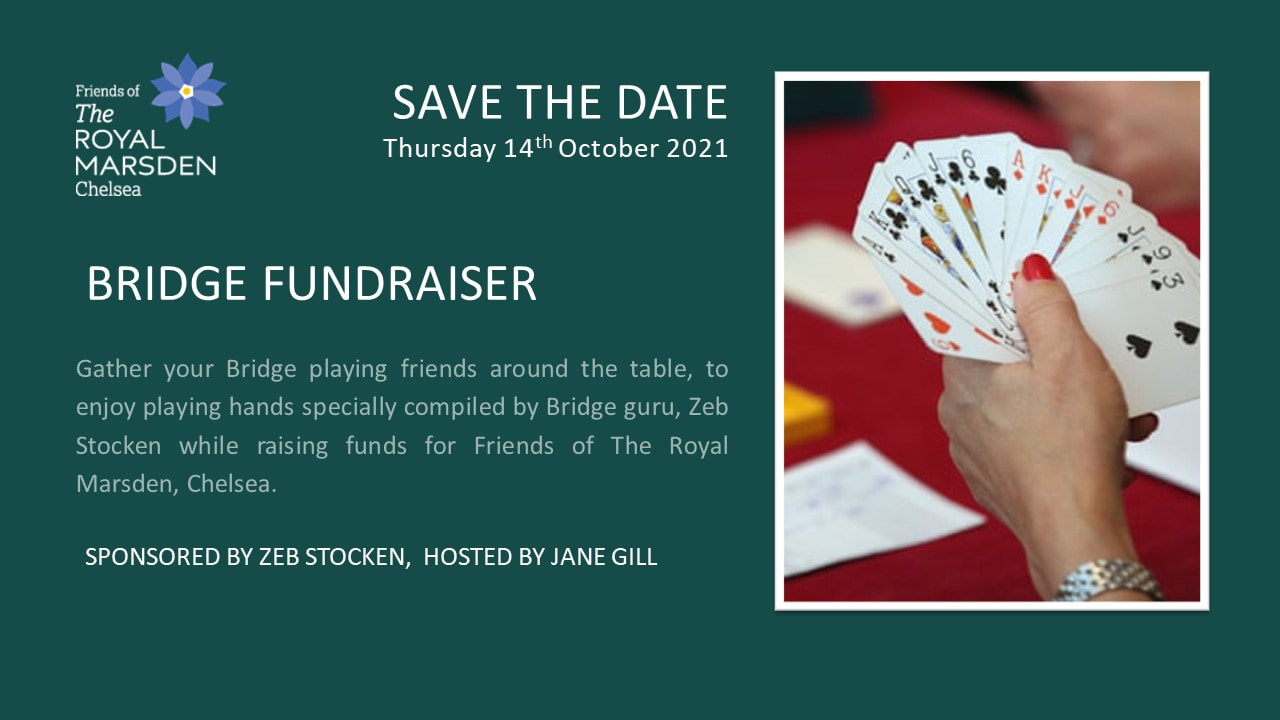 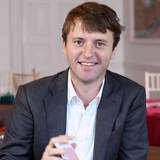 Stocken Bridge was founded in 2001 by Zeb Stocken. Zeb comes from a family of bridge players, who all play and teach regularly. Zeb started playing at six and having played competitively through his teens, he partnered with his brother Simon in the British junior squad, gaining successes in many national tournaments and reaching the rank of National Master. After university, Zeb joined the Andrew Robson Bridge Club in 1996. During his five years as Director and teacher at the ARBC, Zeb also collaborated on Andrew Robson's teaching series, designing charts and diagrams that helped bring the notes to life. Zeb left the ARBC in 2001 to set up Stocken Bridge.
‍The Stocken Bridge ethos is that Bridge is a game, and a game is for enjoyment. Despite being a complex game – Bridge can be equally enjoyed by beginners or experts alike. Stocken Bridge aims to demystify the game, making it fun and accessible for all ages – with interactive classes focussing on ‘learn as you play’.
‍Bridge has had a reputation as a stuffy game or as a game for ‘old people’. Stocken Bridge debunks this myth having taught Bridge to all ages – from 8 to 88. The sooner you start playing, the sooner you will find out why Bridge is the king of card–games!
www.stockenbridge.co.uk

Janie Gill has been volunteering with the Friends of the Royal Marsden, Chelsea for over 7 years  helping to run the cafe, and more recently the shop, which she has helped to keep open during much of lockdown..  Janie's passion in life is the game of bridge.  Not only does she play, but she has become a brilliant teacher, as some of you will know. Her patience, and ability to explain this complex and exciting game in a clear and logical way is one of her main attributes, and  she always makes the lessons challenging but fun.  Due to her connection with the Friends Janie has kindly offered to support both Zeb and the Friends to make this a wonderful bridge experience.
​invitation committee